AS VEGAS
AS VEGAS GETS

A timeless must-visit stop on the Las Vegas strip! The Peppermill Restaurant and Lounge is a classic with a cool atmosphere, unique drinks, and amazing food & desserts! Come see why the Peppermill has been featured in numerous movies!

We are not currently taking reservations, and accept walk-in guests only.

Voted Best of Las Vegas year after year. Centrally located on "The Strip," the Peppermill is a great location for breakfast, lunch, dinner, weddings and parties. Serving generous portions of your favorite food for 40 years. 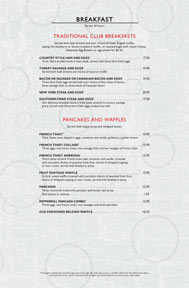 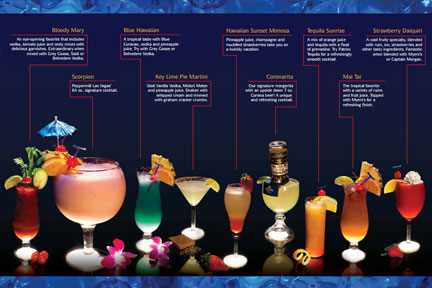 Tag us on Instagram at #PeppermillVegas for a chance to have your photo featured on our website and social media networks!

The award-winning Peppermill Las Vegas and Fireside Lounge has been voted as one of the "...places to see" by Casino Magazine, Best Cocktail Waitress by Las Vegas Magazine, Best Exotic Drinks and Most Romantic Bar by Menu Magazine, and many more.

The Peppermill was also recently featured in music videos for Carlos Santana as well as American Idol winner, Adam Lambert. You may have spotted the iconic venue in such films as "Casino" and "Showgirls" and seen on the venue on TV in "CSI Las Vegas" and "The Holly Madison Show."

Vegas.com: Top 10 Unique Las Vegas Bars
This place is a Vegas classic that remains unique even though it’s kind of trapped itself in 1976.
More

Las Vegas Weekly: 24 Hours Inside The Peppermill
Big Foods, crazy cocktails, and undeniable warmth: A day in the life of a strip institution
More

Las Vegas Review Journal: 14 bars every Las Vegas local needs to try
The Peppermill on the Strip is a Las Vegas classic, and worth the drive down there.
More

Vegas Magazine: The Peppermill Celebrates 40 years of Big Eats
The Peppermill exists within a space-time continuum of its own creation. What has become a time-warp anomaly burst upon Vegas’s restaurant universe on December 26, 1972—as the Vietnam War dragged on and neckties were wider than a baby’s bib.
More

Vegas.com: Best Bloody Marys in Las Vegas
When you step inside the Peppermill, you don’t really see a lot of things that remind you of tomatoes with celery.
More

Food Channel: Raves & Faves Las Vegas
What has fun food, tons of history, and is pink and blue and neon all over? If you know Las Vegas, you know the answer is Peppermill Restaurant and Fireside Lounge.
More

Las Vegas Review Journal: 9 Best Places for a First Date in Las Vegas
The Peppermill, located between the Riviera and the Wynn, has been open for more than 40 years.
More

CNN: 7 Sure bets for Las Vegas dining
Since 1972, tourists and locals alike have sought refuge in the plush, rope-lit banquettes of this campy, comfy North Strip coffee shop and cocktail lounge.
More

Vegas.com: 10 Las Vegas restaurants where you can still dine old-school style
The iconic Peppermill restaurant on the Strip opened its doors in 1972 and has been serving upcoffee shop favorites, low prices and big portions 24 hours a day ever since.
More

KNPR: Buzz Feed Summer Cocktails
If your vision of the tropics is more along the lines of Elvis and the Brady Bunch, the kitsch at the Peppermill’s Fireside Lounge.
More

On December 26, 1972, the Peppermill Restaurant and Fireside Lounge made their debut and proudly remain as an iconic reminder of the Vegas Strip the way it used to be.

Visit our Fireside Lounge and delight in a 64-ounce Scorpion, or start your morning off with our award-winning Bloody Mary still made from scratch. Like the Strip itself, the Peppermill Restaurant and Fireside Lounge have been the backdrop for classic films and TV shows like “Casino,” “Showgirls,” “The Cotton Club,”“The Holly Madison Show,” “MTV Spain” and “Giada at Home” and boasts their share of famous visitors – including such timeless stars as Dean Martin and Jerry Lewis, to Guy Fieri, Criss Angel and Floyd Mayweather. In fact, Penn Jillette is such a fan that he had a custom booth, modeled after ours, built and installed in his home – now that’s a tribute!

Whether you’re here for a great meal or to socialize over cocktails, we think you’ll agree, some things are better left unchanged. Here’s to the way it used to be!

Your new career at Peppermill could be just a mouse click away. View our current job openings below and submit your application today.

Login with your employee number and last name to view information in the Employee Portal.